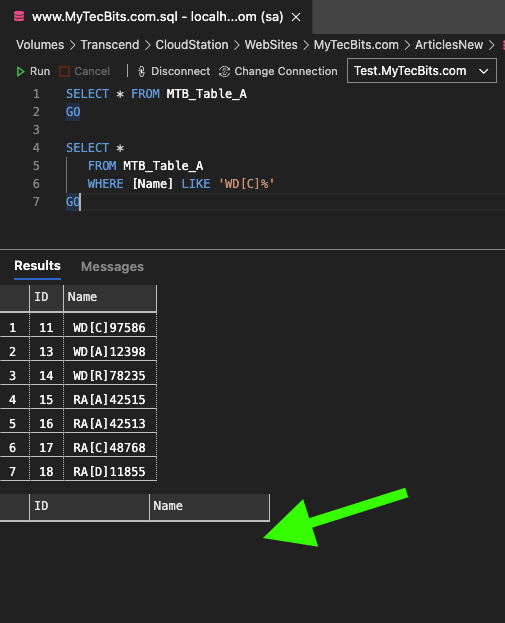 When I tried to filter the results returned by a SELECT statement using a LIKE clause with a string containing square brackets, I could not get the expected result. For example, in a sample table column, there is a string value WD[C]97586. But, when I try to apply LIKE ‘WD[C]%’ to the select statement, it is not returning any records.

This is because the square bracket is one among the wildcard characters in the LIKE clause. According to Microsoft Docs, square brackets can be used in LIKE clause to match any single character within the specified range ([b-h]) or set ([ghijk]).

To escape square brackets in LIKE you can use another square bracket to escape the original square bracket or use a custom escape character using the ESCAPE keyword in LIKE clause. Let’s see this with examples.

In the above example, backslash ‘\’ is the custom escape character.