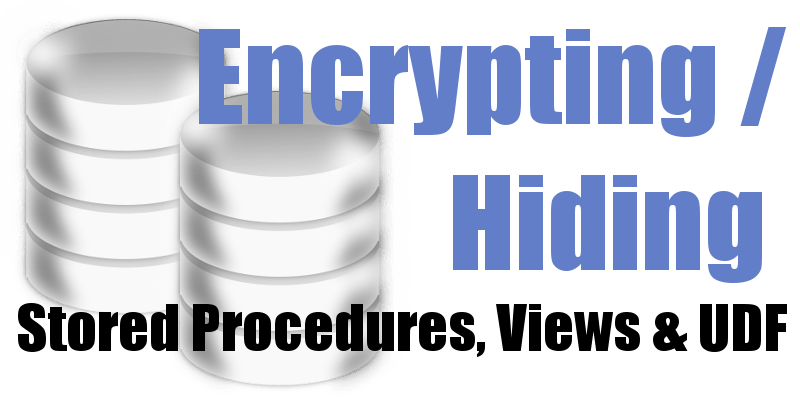 For hiding the source code of the stored procedure or view or function, you can use the WITH ENCRYPTION option along with CREATE script to encrypt the object hide it from the plain sight. I wont say this as a secured method to encrypt the stored procedure. Nowadays there are a lot of third-party tools available in internet to decrypt the SQL objects. Using WITH ENCRYPTION is just a basic level of hiding the source code of the programmable objects like procedures, views and functions. Do not use this option to hide highly confidential source codes.

Once encrypted, there is no straight forward way in SQL Server to decrypted the procedure. You may need to search the web to find third-party tools for decrypting it. So, keep the source code of the object in a source control before running the CREATE object script with encrypt option.

To encrypt a stored procedure you just need to use the WITH ENCRYPTION option along with the CREATE PROCEDURE script. Below is an example of creating stored procedures one with encryption and another without encryption.

If you execute both the stored procedures, they will generate the expected results 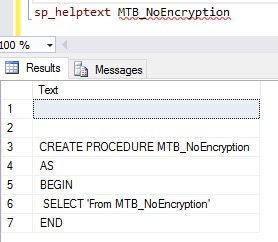 If you try to create a script for the encrypted stored procedure from the Object Explorer in Management Studio, you will get a pop-up error message box. 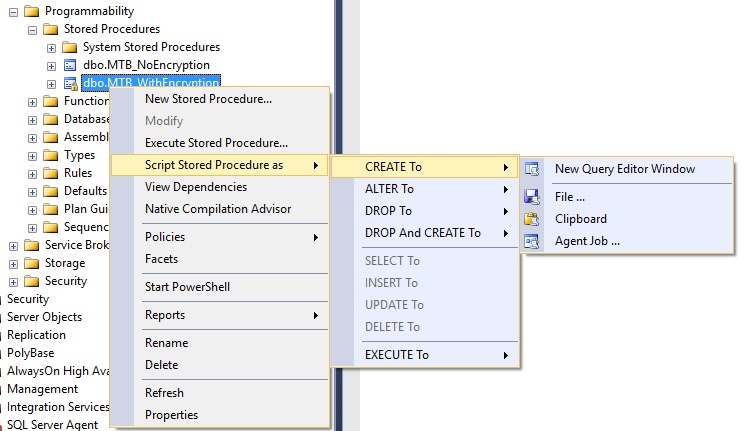 Now, we’ll see how to encrypt or hide the code of a user defined function. Just like a stored procedure, to encrypt a function you just need to use the WITH ENCRYPTION option along with the CREATE FUNCTION script. Below is an example of creating functions one with encryption and another without encryption.

Now, create another function with ENCRYPTION:

Try to see the both these functions code using sp_helptext. Just like the encrypted stored procedure you can see the code of the encrypted function is not displayed. 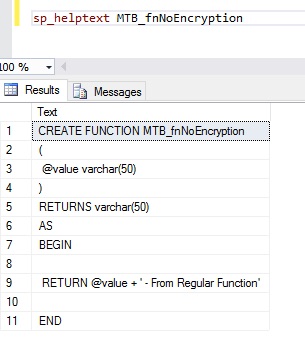 Similarly try seeing the code of the encrypted user defined function from object explorer in management studio or using the INFORMATION_SCHEMA.ROUTINES. You cannot see the code.

Similar to encrypting stored procedure and function, you can encrypt views as well. You just need to add WITH ENCRYPTION in the create view statement.

Pros & Cons of Using WITH ENCRYPTION