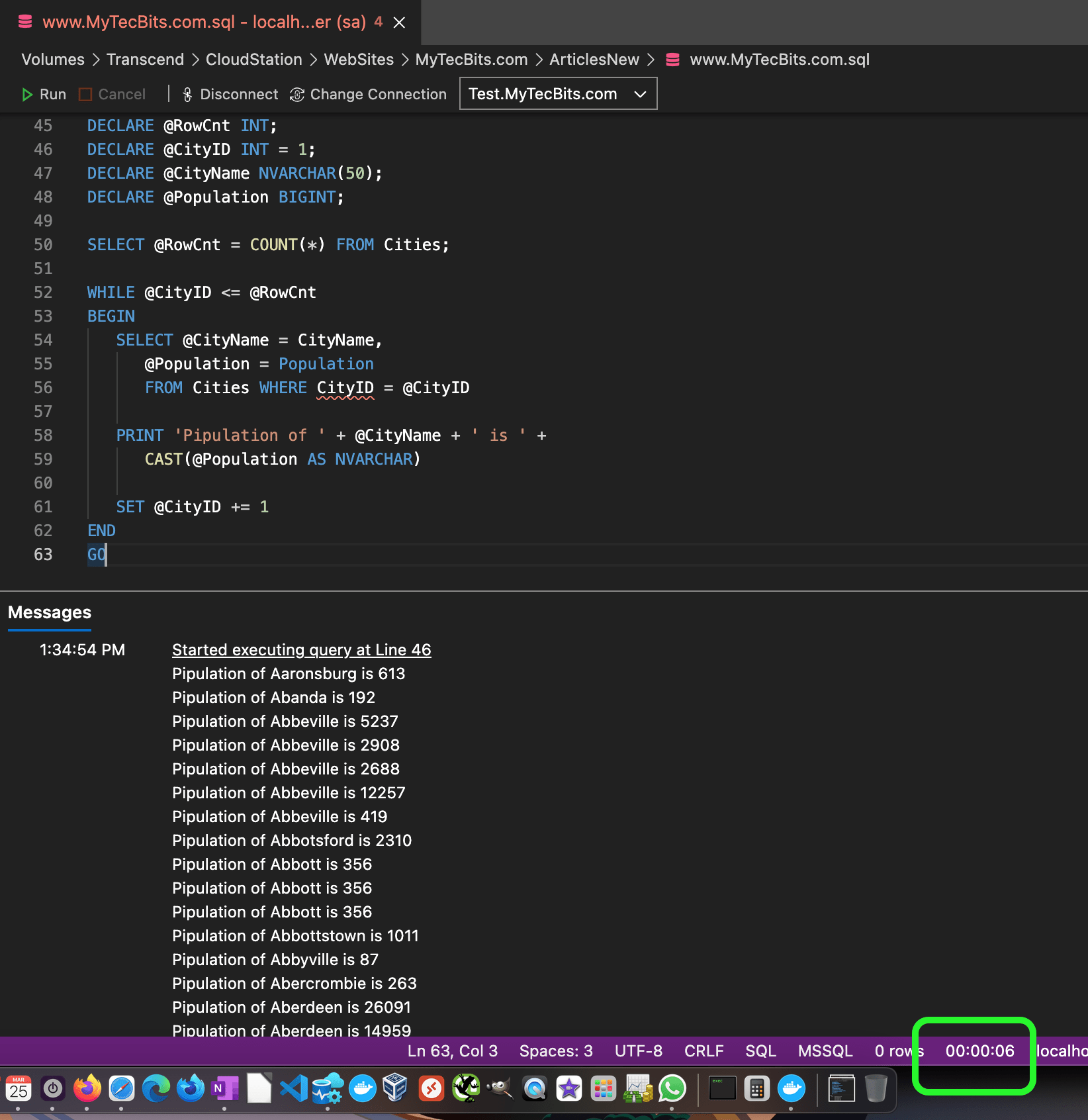 When writing business logic in a stored procedure, sometimes you may need to process the tables row-by-row. You might have used CURSORs to perform such tow-by-row operations. However, I do not prefer to use cursors as they are slow and will impact performance. As a good practice I always try not to use cursors in my sql code. But, how to loop through table rows without a cursor? Let’s see with a simple example.

In this example, I have used a cursor to loop through 134,460 records from the table called Cities. Then for this illustration I have printed the data from the individual records. (Of course you do not need a cursor for this operation. However this is just for illustration.)

The time taken by the fast forward cursor to complete the operation is 8 seconds.

Converting Cursor to While Loop

If you notice, the while loop took 6 second to complete the operation. When you are working with complex operations, you will notice the while loop is much faster than the fast forward cursor.

2 thoughts on “How to loop through table rows without cursor in SQL Server?”