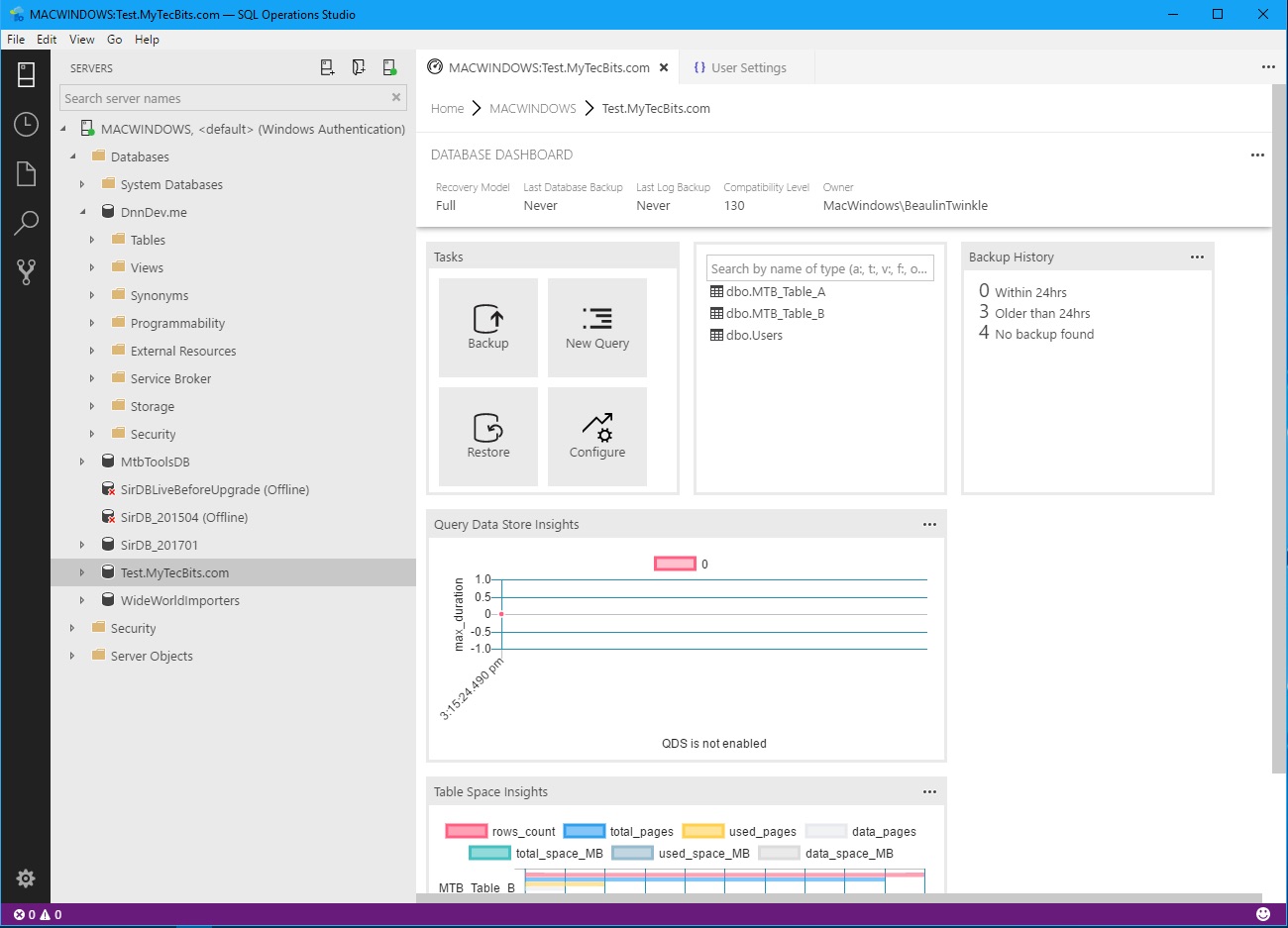 Microsoft has released Azure Data Studio, an open-source, cross-platform tool useful for database development and operations of SQL server. It was earlier named as SQL Operations Studio during it’s preview stage. This is a light weight tool and empowers DevOps practice for SQL Server Development and Operations. This client tool is designed in such a way that the developers who do not have extensive knowledge in database administration can easily manage the databases and do the routine maintenance with least learning-curve.

However, Azure Data Studio is NOT a replacement for SQL Server Management Studio. SSMS is still the go to tool for any SQL Server DBA as it has lot of advanced features needed for a professional DBA. Instead, this tool is aimed at the non professional DBAs, mostly the programmers who are involved in the development as well as taking care of the routine maintenance of databases. Now, we will see the various features of Azure Data Studio in this article.

As of now, the versions of SQL Server supported by Data Studio are:

The operating systems supported by Data Studio are:

You can download this tool from GitHub (https://github.com/Microsoft/azuredatastudio). There are downloads available for Windows, macOS and Linux flavors.

To sum up, Azure Data Studio is a great light weight client tool for programmers and web developers to execute SQL queries and verify data time to time when need arises. I have installed it on my macOS workstation to connect my remote web server databases for minor database tasks.