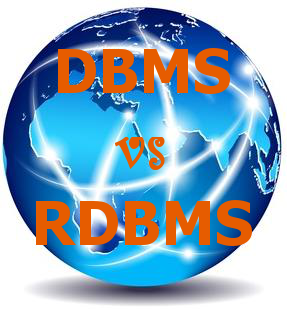 DBMS is the abbreviated form of DataBase Management System.

Database management system is the means of controlling databases either in the hard disk in a desktop system or on a network. Database management system is used for creating database, maintained database and provides the means of using the database. DBMS doesn’t consider relationship between the tables. Instead it will take the approach of manual navigation. This has led to severe performance problems when dealing with complex and high amount of data.

External Interface is the user interface which is used to communicate with the DBMS as well as the databases.

Query optimizer is used to optimize the supplied query language and identifies the best plan for executing the query and obtaining the result as fast as it could.

Database engine is used to create or manipulate the data in the database objects like table.

There are several database management system models. Some of them are Navigational, RDBMS, SQL DBMS and object-oriented databases. You can read more about the types of DBMS in my other article (Types of DBMS).

RDBMS is the abbreviated form of Relational DataBase Management System.

Relational database management system was introduced in 1970’s. RDBMS avoided the navigation model as in old DBMS and introduced Relational model. The relational model has relationship between tables using primary keys, foreign keys and indexes. Thus the fetching and storing of data become faster than the old Navigational model. So RDBMS is widely used by the enterprises and developers for storing complex and large amount of data.

The below table lists downs some of the major differences between DBMS and RDBMS.

12 thoughts on “What is DBMS? What is RDBMS? DBMS vs RDBMS”