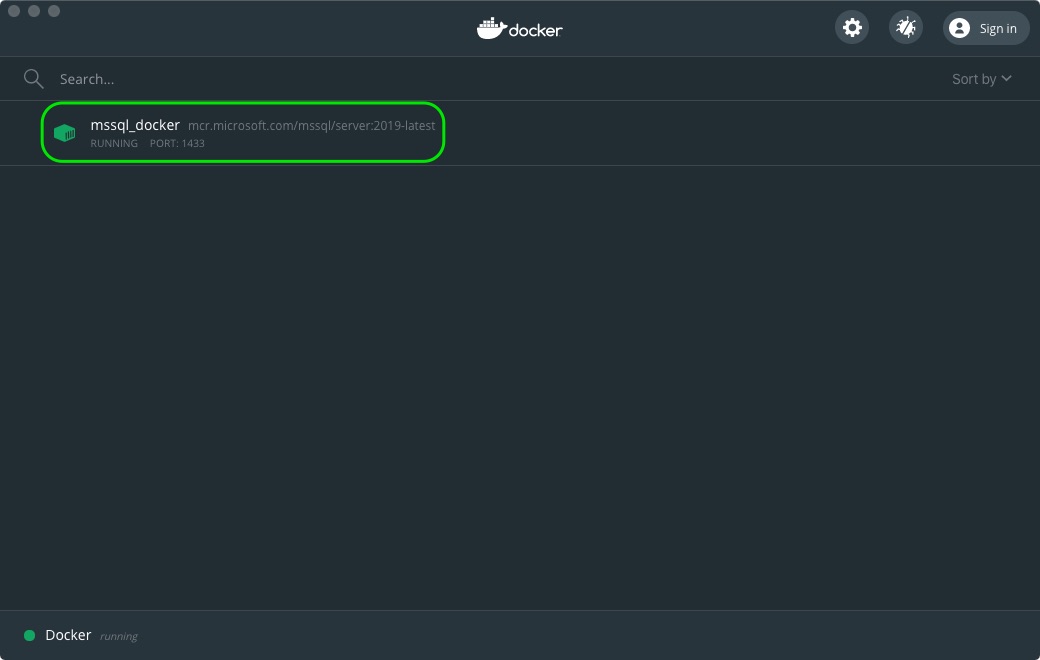 I am using MacBook Pro for my day-today works. In it, I have set up a Windows 10 virtual machine with SQL Server, Visual Studio and other windows only applications for my development work. Sometime, for testing simple SQL queries, I found it difficult and time consuming to launch the virtual machine and work on the SQL Server.

Go to the Microsoft SQL Server Image page at Docker Hub to check the latest version of the SQL Server available to pull. As of this writing, it is mcr.microsoft.com/mssql/server:2019-latest.

Once the container image is downloaded, you have to run the below command in Terminal.app to start the SQL Server container.

To check and confirm that the SQL Server container is running, run this command in the terminal window.

Or, you can check the container’s status by going to Dashboard through menu bar >> Docker icon >> Dashboard.

Use an SQL Server client tool to connect to the SQL Server on docker. Here I am using Azure Data Studio. Azure Data Studio is a cross platform tool from Microsoft which support macOS. So, it can be installed directly on your Mac. You can download and install it from https://github.com/Microsoft/azuredatastudio.

5 thoughts on “Setting up SQL Server on macOS using Docker”