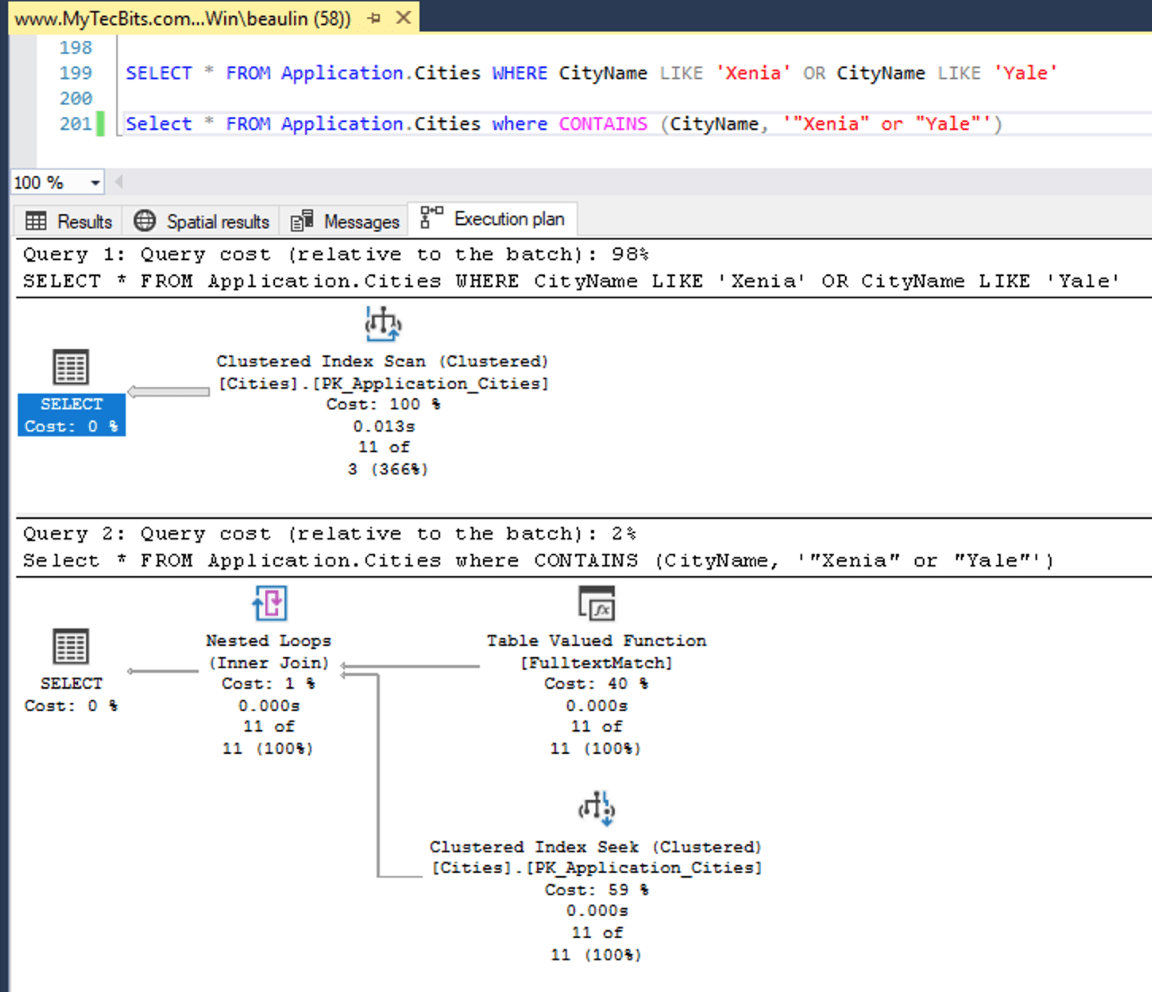 To start with, here is an example of how to use both LIKE and CONTAINS to get the same result set. For this illustration, I have used the table Application.Cities in Microsoft’s sample database WideWorldImporters.

As mentioned above in the comparison, performance wise, using LIKE will be slower compared to CONTAINS. For example, I ran the above example statements against the Application.Cities table with more than 37,000 records in WideWorldImporters database and obtained the actual execution plan. If you notice the execution plan in the below screen shot, you can see LIKE was using 98% of the execution cost compared with 2% by CONTAINS. This is because CONTAINS used the full text index while LIKE cannot use the index. Thus it is clear that CONTAINS is faster than LIKE.