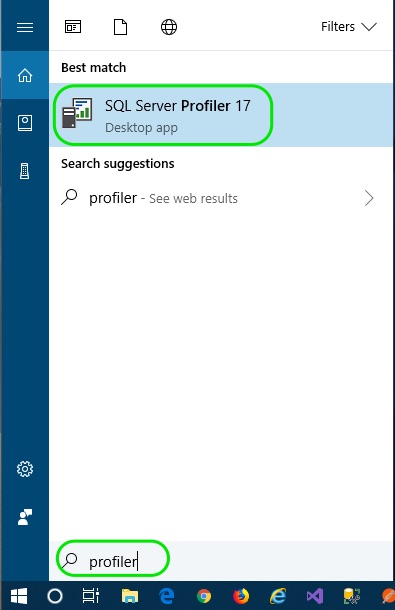 SQL Server Profiler is a tool with user interface to capture and manage traces of events. It is also used to analyze and replay trace results. These trace results can be saved as trace file or to a table in database or as a xml file. These files and table can be opened again in profiler for analyze and diagnose a problem. Even though the profiler is now depreciated, it is still available in SQL Server 2017 and used by many DBAs and programmers for debugging issues in SQL Server.

There are several ways for launching SQL Server profiler from a windows workstation. You can launch it from the start menu or from SSMS or from database engine tuning advisor. However, the easiest way is to launch from the start menu.