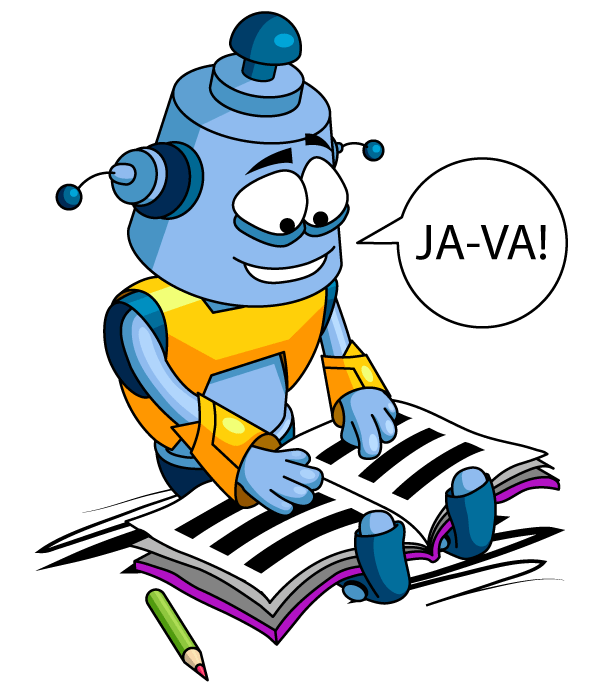 Java is one of the world’s most popular programming languages that developers choose to implement their applications. Java usually performs better than other traditional programming languages such as Python, Ruby, and JavaScript. Since Java is object-oriented and the objects do not refer to external data, a code written in Java is robust. Therefore, if you decide to learn Java, you are truly taking the correct decision.

Another good reason to learn Java is that it is the most secure programming language as Java programs run within a virtual machine. The most exciting news is that Oracle introduced Java 16 as their seventh feature release and they will make Java 17 available in September 2021. Therefore, you have to find a good platform to learn the latest specifications of the Java language.

This is where CodeGym will help you as we teach you how to code in Java from scratch. The most important thing when learning a programming language is to have practice. The java course of CodeGym is 80% practice and contains 1200 hands-on tasks. Furthermore, you will be able to learn Java through various techniques such as visualization, storytelling, motivation, gaming.

Now let’s go through the top 5 new features that you should learn in Java to become a successful developer.

The task of pattern matching is to test whether an object belongs to a specific, distinct structure and to extract data from that object if it coordinates with the structure. Java brought a pattern variable together with the instanceof operator into use for the first time with the Java 14 release. If the output of a condition with the instanceof operator is true, it is possible to define a binding variable. With this, the tested object can be set to the binding variable.

Java Record class is another new language feature you need to know when learning Java. This has a succinct syntax to specify immutable data-only classes. This allows maintaining records such as outputs from database queries, remote service calls, and CSV file records.

This feature allows to shift ZGC thread-stack processing from safepoints to a concurrent phase. Also, it has the capability to make the temporary data stack idle. Apart from that, it aims to make stack processing lazy, collaborative, simultaneous, and incremental.

Elastic Metaspace outputs remaining hotspot memory to the operating system in a way that achieves maximum productivity. It also degrades the footprint metaspace while making the metaspace code simpler so that it brings down the conservation expenses.

Unix-domain sockets function similarly to TCP/IP channels. But they are protected from danger and more productive than TCP/IP loopback connections when handling and managing local, inter-process communication. Besides, they can be integrated with Windows 10 and Windows Server 2019 apart from Unix platforms.

The packaging tool is used to wrap up independent Java applications so that the user who utilizes the software will receive an installable package that can be installed in his system. DMG files on macOS and MSI files on Windows are two examples. This conceals the interior dependencies of the software and arranges the configurations.

This characteristic denotes the primitive wrapper classes as value-based and it produces warnings concerning incorrect efforts to synchronize instances of any value-based classes.

The strong encapsulating feature, which was launched with Java 9 is supported by default. Before Java 16 was released, breaching encapsulation with reflection output a warning. But with the new feature, the default performance outputs an IllegalAccessError exception.

Vector API allows implementing compute-intensive software and algorithms of Machine Learning and Artificial intelligence in Java in the absence of Java Native Interface (JNI) performance overhead. Besides, it initiated functions for Data-parallel procedures on sized vector-types to code with Java instantly.

This feature permits Java applications to acquire external foreign memory to the Java heap. With this characteristic, it is possible to share memory over numerous processes while serializing and deserializing memory content by delineating files into memory.

Sealed classes were already available within Kotlin and Java 15. But Java 16 introduced the same with better control over the inheritance. Sealed classes limit or allow class hierarchies only for specific types. This feature is extremely valuable in pattern matching as there are only a definite amount of classes to swap between.

As you have seen, it is extremely advantageous to learn Java as it introduces new features with the new releases of Oracle. The features of Java 16 allowed the software developers to make use of Java as never before. For that reason, Java remains the prime programming language of the developers.