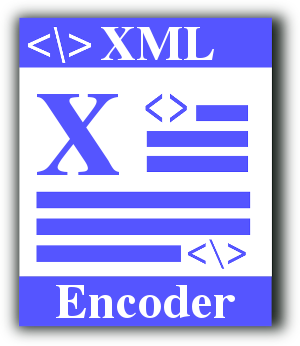 XML Encoder is a tool to convert the XML's predefined entities to standard character data. For example, when you want to add a paragraph of text containing < and > within a XML code file, the XML parser will interpret them as XML markup and may throw syntax error. To avoid this problem, the characters and symbols predefined for XML needs to be converted to their equivalent named or numeric entities. This free online XML encoder tool will help you to escape the XML markups in your text to their equivalent entity codes, so as the XML parser can interpret them and displays them as characters.

There are only 5 predefined entities in XML specification.

The below table has 5 XML predefined entities and their corresponding named and numeric escape codes.